The case of Greece

In Greece and the Balkans, traditional Costumes are kept as valuable treasures and have survived from one generation to the next. They are our living culture and have connected us with our ancestors.
Fashioration stands alone and is a unique project as for the first time it unites us all, via our wealth of costumes, our external image and expression.
Greece celebrated 2 years ago its 200 years from the 1821 Revolution against the 400 years occupation under the Ottoman Empire. This caused a wave of Artistic approaches, under the umbrella of “Greece 200 years Celebrations” and even though in Covid-19 times, artists invented ways to revive our tradition in and honor our history. Contemporary Artists and Fashion professionals shed a new light to traditional costumes. New designs, installations, embroidery projects and numerous creative objects emerged. Both Young and professional Artists expresses tradition in very innovative projects. Once they were considered the Best Sunday clothes and were worn at village celebrations, National feasts and weddings. Usually clothes were carefully kept in a trunk as a handmade treasure that had indeed taken time to be made. The Balkan countries share a common tradition. Costumes and household textiles were made handmade all the way through. Women had all responsibility for the yarns, the threads, the twisting and the weaving, embroidery and sewing. Especially women’s costumes are adorned with complicated, colorful and detailed embroidery, decorations and layering of different fabrics that convey symbols that in return will express messages to the rest of the community. Researchers at times wondered if a traditional costume needed to express wealth-whilst over-decorated and made of expensive fabrics complicated in weaving techniques. But alas, a woman just was eager to show that she mastered more than one skills that made her an ideal wife. She could weave and sew, embroider and create.

Furthermore, as in many traditions, clothes indicated if a woman is single or married, newly-wed, has children or a widow. Wedding dresses in particular were chosen to present the bride’s family in all their aspects. A costume had the difficult task to convey symbols and messages through decorations, layering, colors and fabrics. The costume of the Sarakatsan woman of Thrace is a very good example as it carries more that 40 symbols in designs, motifs and adornments. Combination of these motifs indicates not only the place of origin and social status, but also profession and marital status. As in all ancient traditions and contemporary Fashion, the bridal dress is the most special one in a woman’s life. Especially the head-dress is overwhelmed with flowers, feathers and decorations. Peacock feathers for luck are seen in many cultures. On the other hand the dress and the bosom were full of metal adornments and chains of coins. Depending on the region the bridal costumes-that were made by hand-had the rarest luxurious fabrics available. In urban areas, they had a choice towards and preferred silver and gold, while in small towns and villages bright colors and red in particular was dominant. Along with the headdress, the silver or gold-plated belt and jewelry, the costume could weight 30 kilos, very uncomfortable for the bride. Another example of Historic influence and ancient time’s origin is the bridal costume of Roumlouki. The helmet like style of the headdress is supposed to date from the time of Alexander the Great that was said to honor courageous women for their help in battle and let them wear warriors’ helmets. Regarding the Men’s Costume, their basic shape has always been clear and quite conservative, sober in color and decorations. The most well-know element is the white pleated skirt, fustanella, worn by the rebels and the warriors of the 1821 Revolution. In nowadays the Presidential guard wears a designed costume to honor them that is of amazing craftsmanship and has also inspired many contemporary fashion designers and photographers. We would say that Greek traditional Costumes and their hand-made techniques has found its way in nowadays in numerous forms and designs. The point now is to preserve them as new and the current generations to project them as innovative vocations to the future. Furthermore, Tradition has influenced not only fashion but also industries in the touristic sector that make accessories, ceramics, decorative objects and many more.
Nothing is by chance and every detail is part of our Heritage and Contemporary fashion has shed a new light and creative design ideas.
Fashioration project will emphasize on this idea. 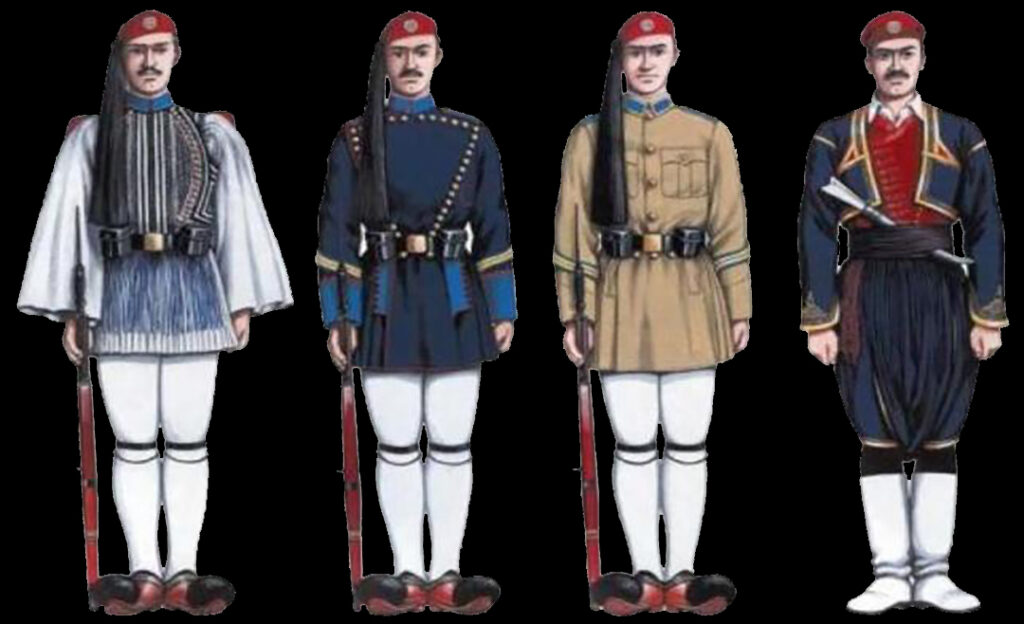