The case of Montenegro

The cultural heritage and tradition of Montenegro has emerged from complex historical circumstances  and  it  is  a  result  of  anthropological,  ethnic  and  socio-cultural interrelationships and co-relations which began many centuries ago. On the prehistoric and Illyrian background, Greek and Roman ancient civilizations left indelible traces, which later in history also suffered influences of many barbaric tribes that invaded these parts. By the Illyrian, Greek and Roman influences the one that has a strong impact on our heritage is the Slavic one. Slavs stated their  presence in this area by greatly adapting to  the local  culture.  The establishment  of  the  state  of  Doclea  (present Montenegro), introduced the development of an original cultural heritage that quite early reached the level of self-identification and identity for community spreading in the greater area. The state changed name to Zeta, in which cultural factors were further homogenized, in accordance with contemporary mediaeval circumstances. Cultural self- awareness enabled successful resistance for centuries to greater powers that strove to conquer and assimilate Montenegro.
Montenegro was also doomed to be situated at the borderline between the Catholic-Orthodox Christian schism and later by the Ottoman Empire that made constant efforts of this to conquer it.  Unfortunately, these centuries of long struggle for survival, as well as numerous earthquakes and other natural catastrophes have left scarce traces of the many cultures that were present in Montenegro.

At the beginning of 20th century, under Serbian occupation most of the Cultural Artifacts disappeared. During the past couple of years, after the war in Yugoslavia and the independence of Montenegro in 2006, interest for our culture has increased.  Many  young  people  started  rediscovering  our  heritage  and  tradition,  the institutions are more involved, but the road is still long ahead of us. The biggest value of our culture is that we still remain a multicultural, multiethnic country, inheriting all different kinds of traditions.
Concerning National costume, each part of Montenegro has its own costumes and traditions related to its specific history and culture. Nowadays, even though we do not have as many State affiliated institutions, nevertheless every gallery and museum is trying to present and preserve our culture from ancient times until now.  The full costume is only exhibited in the National Museum of Montenegro, while the others just have fragments of it. The Russian Ethnographic Museum in St. Petersburg exhibits one of the most magnificent examples, which was provided along with the whole costume in 1867 by Montenegrin Princess Darinka, Prince Danilo’s wife. Most of our heritage information comes from Montenegrin folk costume literature. On the coast, museums and churches hold embroidery and antiques. Almost every Local Museum in Montenegro has a section with national costumes, folk costumes and textiles from that area. Cetinje, Podgorica, Kotor, Ulcinj and Bar have a variety of different costumes, textiles and craft works.  Embroidery and artifacts can also be found on the coast in museums and churches.
The Ethnographic Museum was founded in 1951. Originally, it occupied the Billiard Building along with two other museums, the Njegoš Museum and the Museum of People’s Liberation War, until the catastrophic earthquake in 1979, when, due to the rehabilitation of Billiard Building the Museum exhibits were deposited to the Government House, where they remained stored for many years. In 1986, the Municipality of Cetinje granted a building of the former Serbian Embassy to the National Museum. It was subsequently adapted in 2002 to cater for the needs of the Ethnographic Museum. In the period from 1979 to 2018, the Ethnographic Museum organized numerous thematic exhibitions in the country and abroad, presenting the rich and traditional heritage of Montenegro to both local and foreign audiences. In 2018 the Museum set its first permanent exhibition.

Today Folk  dance  groups,  use  costumes  for  traditional performances and Arts-craftsmen and craftswomen use it for the production of costumes. Folk costumes include structural, morphological, functional, historical and artistic aspects, the indicator of which is the fact that the costumes of different parts of our country have come to life as a genuine tradition and national culture for centuries to the present day. Concerning Education and tradition , the biggest problem is the lack of courses and teaching traditional ways of making textiles, embroidery techniques, etc.  That kind of knowledge is still being passed only through family tradition and business. Most artisans make custom-made products upon order: from carpets and rugs made of wool and cotton woven on looms, to the reproduction of traditional clothing. Our contemporary artists often use traditional patterns but when creating it; mostly they are using digital techniques and artificial materials.
Textile is a course at the private University of Donja Gorica’s Faculty of Design and multimedia: Fashion Design in Podgorica, where students can study natural color printing on textiles, crochet, knitting, embroidery, and other techniques. The best way to learn how to create traditional textiles is to learn it from our grandparents or other  families that are still making textiles in the traditional way. The International Art Colony “All Colours  of  Montenegro”  dyes  wool  with  natural  colors,  dry  felting,  knitting  and crocheting techniques. So, no one is openly teaching, but they are willing to do it if someone from the state institutions or museums supports them. But they are making it – either for profit using social networks to share their work or doing it for the museums. The Future of young designers looks more promising as several have already travel abroad to study and then exhibited work inspired by their tradition and now there are offered more Teaching course by both State and Private institutions (Faculty of Design and Multimedia at the private University of Donja Gorica: Fashion Design in Podgorica). Furthermore, in the last years as visitors are increasing in the country many smaller businesses are recreating traditional artifacts and costume elements. 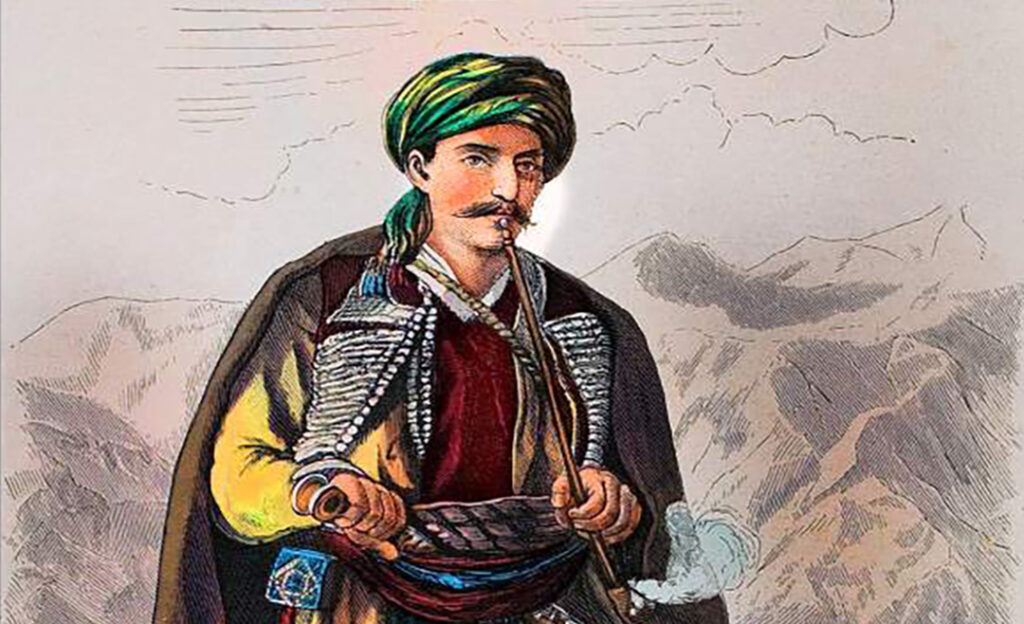