The case of Albania

Albania is known for a rich tradition of handicrafts. Works in wood, iron, copper, filigree, alabaster, in precious gold and silver materials, leather; woven materials of cotton, wool, and silk; embroidered materials, handmade knitted and crochet products carry in themselves precious values and have been a tradition from generation to generation in Albania. The most important element that shows the highest level of inherited craftsmanship is the traditional clothing, in which a variety of materials are intertwined, from textiles to precious metals and stones. The masters of the production of folk costumes include in the most important handicraft techniques: weaving on the loom of fabrics (wool, cotton, silk), distil (special treatment of raw wool, for the production of xhublete), the working of wool for the production of felt, the technique of twisting the twist, wool work with knitting and crochet, needle embroidery, metalworking, and woodworking.

Albanian ethnography has so far recognized about 140 different forms of folk costumes, realized in more than 5000 types and variants, hundreds of thousands of pieces of exponent elements, both for women and men, then according to the periods and seasons of the works, according to the emotional state of the family (wedding, death, marriage, engagement, national religious holiday, shopping), according to ethnographic areas (provinces and regions), and according to beliefs. Among the motifs in Albanian clothes, the sun in the spiral shape has dominated, the double-headed eagle, the snake as a protector of the house, the snake as an enemy, the dragon, the backbone of the fish, floral motifs, geometric figures, zoomorphic figures, and to a lesser extent, anthropomorphic motifs.

The cost of producing a single costume with all its elements varies from EUR 2000 to EUR 20,000.

In recent years in Albania there has been a return to interest in traditional costumes which are being used more and more not only in cultural events with a folklore theme, but also in important family events such as weddings and engagements. Artisanal and traditional products are presented at craft fairs that take place every year across the country, especially at the opening of the tourist season in certain cities. Also, in the tourist areas where there are Bazaars as commercial tourist centers, specimens and reproductions of handicraft products are exhibited.

Local artists are interested in learning the traditional methods of hand embroidery, textile weaving and natural dyeing, but it is not easy as there are few dedicated and licensed courses where artisans can teach passionate young people and those interested in these wonderful techniques. Licensed institutions/businesses that produce and reproduce traditional products are still very few in Albania. These institutions/businesses offer training in traditional clothing construction techniques mainly for their potential employees.

Made in Albania products are divided into two groups. The first includes the brands that are owned and produced by Albanian companies. The second group includes articles that are manufactured in Albania for international brands. Numerous textile companies manufacture clothes for well-known brands such as Zara, Tommy Hilfiger, Jack & Jones, Versace, Escada, D & G, and many others. The most popular enterprises in the country where traditional costumes and / or modern textile crafts, clothing and accessories are realized based on traditional techniques are:  center of handicrafts “Artistike Zadrima” in Lezha region set up by the craftsman Tereze Gega; “Rrajcë Craft Workshop in Clothing and Costume Design” promote and train young girls and women with the cultural heritage values carried by traditional costume design in this area; the “Folk Tradition” Foundation in Tirana implements projects that focus on providing courses for young people passionate about traditional techniques and products; The handicraft center “Margarita” in the museum city of Berat brought together about 30 artisans of the area who still practice their profession in various crafts; the best handmade Venetian masks sold in Piazza San Marco are a Made in Albania handmade product in Venice Art Mask Factory in Shkodra that supply 70% of the world’s market; Traditional clothes produced by “Folk Tradition” have crossed the border of Albania to Europe, Canada, America, and New Zealand and in every country where Albanians live, but also find their way into the homes of foreigners who want to have in their wardrobe an Albanian dress of a particular zone; Albanian Craftsman Education “ACE” is a national center for Art & Craft education based in Tirana that offers practical teaching laboratories where teachers are professional artists and artisans in each field such as dress couture, sketching design, cutting – sewing haute couture, embroidery, knitting, loom work, gold work with gold wire thread, etc.

Some young artists have decided to restore the traditional clothes with a modern take. But a lot of ethnic, handmade techniques are in danger of extinction, such as felt hat production – plisi, the oldest traditional woman wear named xhubleta, production of silk and silk garments, etc.

Xhubleta is considered unique and an iconic piece of traditional Albanian dress due to its striking shape, structure, and the way it is embellished with crochet. Albanian xhubleta comes from 4000 years of history. The Ministry of Culture has prepared the request for the inclusion of the “xhubleta” in the list of world cultural items curate by UNESCO. A large, bell-shaped skirt, it is traditionally worn by Albanian women in the north of the country as well as Kosovo, North Macedonia, and Montenegro. It is constructed from between 13-17 strips of wool and five pieces of felt and is hung from the shoulders by two straps. The bell shape of the dress is typically accentuated at the back. 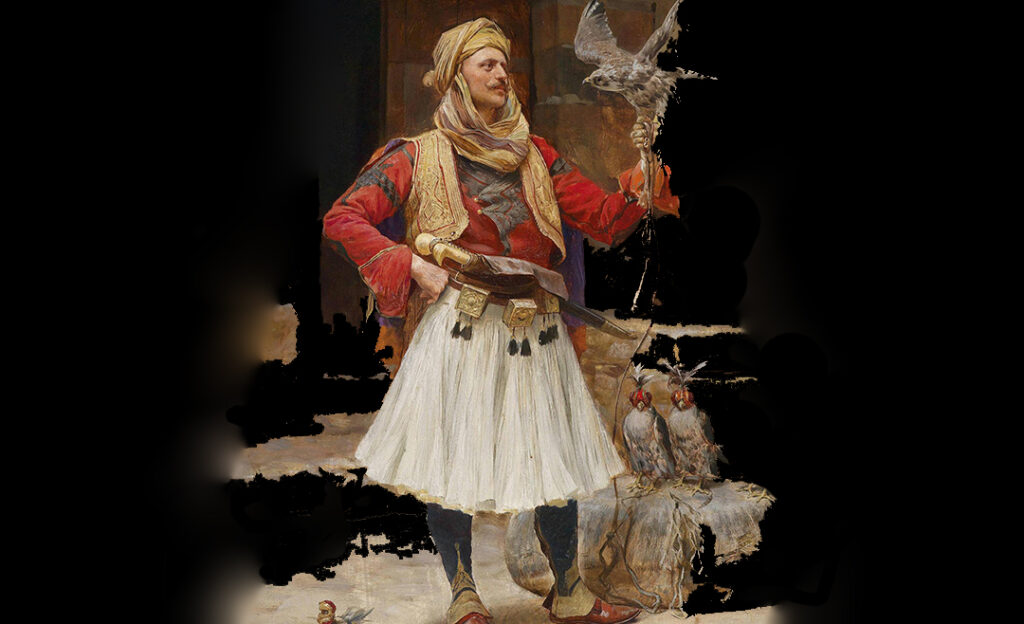